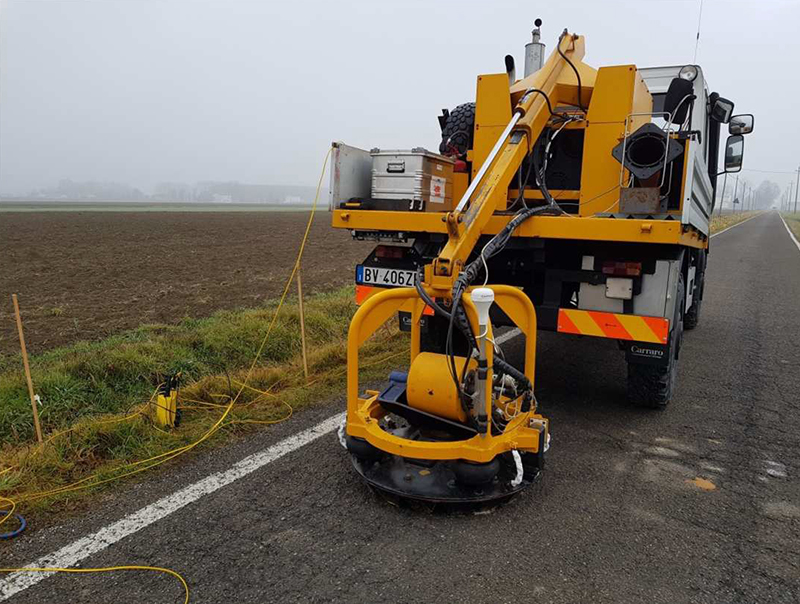 Within Task 2.3 “Construction of a GIS-based catalogue of historical liquefaction occurrences in Europe”, the first version of the GIS-based catalogue has been compiled by University of Pavia-Eucentre (UNIPV-Eucentre). The catalogue includes two main type of information: liquefaction site information (geographic coordinates, epicentral distance, type of failure, etc.) and seismological features of seismic events (date, geographic coordinates, magnitude, etc.) that induced each liquefaction phenomenon.
Within Task 2.4 Calculation of European regressions to predict liquefaction occurrence starting from the main seismological information of an earthquake, a first attempt to derive Italian relationships between magnitude and distance for liquefaction has been carried out by UNIPV-Eucentre by using the updated GIS-based catalogue for Italy. Furthermore, the activities concerning the Task 2.6 of the WP2 “Validation of the European liquefaction hazard map by detailed analysis at the four testing areas – Microzonation”, have been started under the leadership of UNIPV-Eucentre and with the partnership of University of Naples, University of Ljubljana-SLP, University of Porto and University of Istanbul.
With a focus on the test site of Cavezzo municipality (in Emilia-Romagna, Italy), special efforts have been dedicated to collect and harmonize previous geophysical and geotechnical (in situ and in laboratory) investigations, complemented with new investigations required for the seismic microzonation of the area. Gathered data have been organized in a GIS databank and are presently used for the development of both a geological and a geotechnical/geophysical 3D subsoil model. The geophysical model, in particular, relies on the results obtained from a number of ad- hoc seismic surveys, which include ambient vibration analysis of array and single station measurements and a S-wave reflection study performed in collaboration with INGV and OGS. For the purpose, advance geophysical processing techniques were used, such as the combined inversion of multi-component surface wave datasets (dispersion and polarization). The resulting 3D model will be later used for the calculation of the seismic amplification factors expected for the area through non-linear site response analysis. Great effort is then made to properly account for the uncertainty associated to the definition of model parameters.
Novel techniques to perform in situ, laboratory tests, and advanced methodologies to extract empirical correlations linking liquefaction capacity to field-measured quantities, such as penetration resistance, direct measurement of in-situ shear wave velocity, etc. have been performed and tested merging all the contribution of the partners involved in Task 2.6. The site-specific assessment of liquefaction potential will be performed from knowledge of the cyclic stress ratio (CSR) and using the results of a variety of in situ tests (e.g. CPT, DMT and SDMT, PMT and surface waves’ methods, SASW), for a more reliable estimate of the cyclic resistance ratio (CRR).

Any cookies that may not be particularly necessary for the website to function and is used specifically to collect user personal data via analytics, ads, other embedded contents are termed as non-necessary cookies. It is mandatory to procure user consent prior to running these cookies on your website.